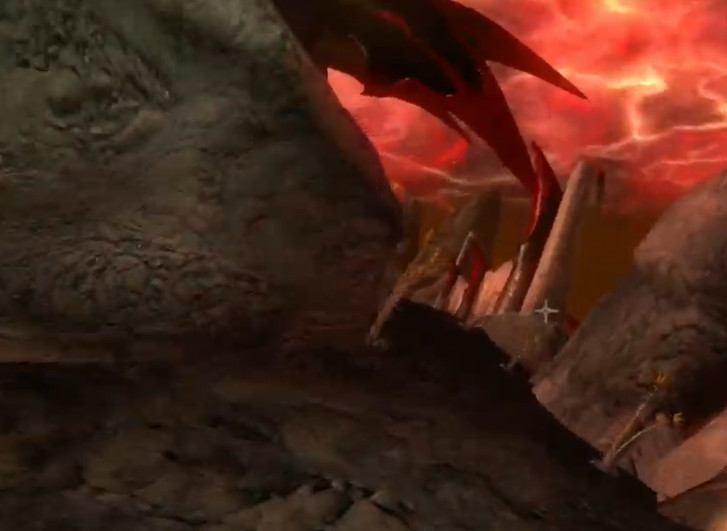 hell, as dictated by the video game; a steady corridor of spikes, designed with terror and chaos in mind. video games are particularly well equipped to portray hell, since hell doesn't require the video game programmer to put on a human face, to purposefully distort the nature of computer code for the benefit of communication. hell is friendly to the true form of the video game, as a disjointed series of traps and unforeseen interactions. in this way hell emerges from the basic property of hostility computer programs have.

the other face of hell is that it is thematically appropriate for conquest, and as such especially prone to becoming not-hell.

i remember playing the elder scrolls iv: oblivion and finding an oblivion gate for the first time. the oblivion gates lead to different areas of a world that is very much hell in composition, each comprising a relatively small island in a sea of lava with vague infernal imagery. the overall warlike atmosphere of the game disappears as you enter the oblivion gate, into the silence of hell. your companion accidentally drowns himself in a pool of lava. you walk across bridges and through lonely corridors, occasionally pestered by monsters; you conquer the solitary torture tower. the "oblivion stone" (is it called that?) hums atop the polygonal waste.